Here list of the 38 House Maps for Minecraft, you can download them freely. The first map was published on 17 February 2015, last map added 7 days ago. Put all files combined, it's 680 mb of Minecraft maps! Enjoy your game.

Malcolm in the Middle House

An almost exact recreation of Malcolm's house from the Malcolm in the middle. ...

This is Pewdiepies Hardcore house from his hardcore series....

It is a medieval style building, half fantasy, a gigantic mansion, well decorated and tidy....

This is a house me and my friend created. This is an old family-owned house with an ominous nature behind it....

This is an art nouveau hotel with major red stone integration. A functional keycard system leads you to three types of rooms....

We have created a neoclassical library with a round book-lending-hall. The lending-machine supports 10 books that can be borrowed individually from one ......

Live as if you where rich in a desert island, make a new life there!... 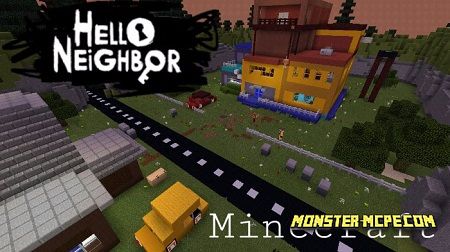 The modern mountain is a stylish mid-century modern house. ...

This is a 1:1 recreation of the Griffins house hold, I have

A house whose subtle production was built by the same hands

Modern House is a reasonable sized house situated in the Sav

A cliff side mansion with a lake, an island with a house, a