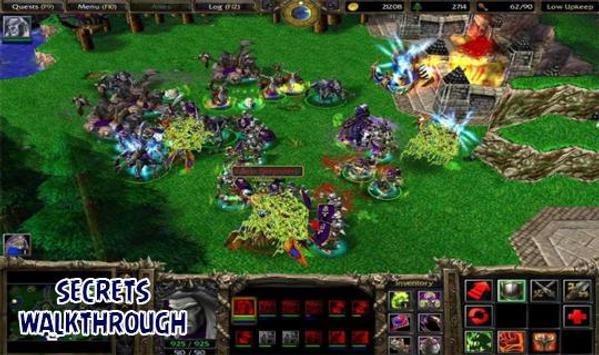 Enjoy the long awaited patch that brings Warcraft III: The Frozen Throne back into the spotlight. boasting 24-player maps, competitive balance changes and much more

There isn't a child alive that grew up in the '90s and early 2000 that haven't heard at least once about Blizzard Entertainment's Warcraft series.This then never-before-seen take on the Tolkien universe has reshaped the gaming world, spawned sequels, expansions, and MMOs that are still among the most played game today.One of the centerpieces of this franchise was Warcraft III and its expansion.Warcraft III: The Frozen Throne Patch 1.29 brings it back into the spotlight with features that make it a contender for Esports events.

The fans of this 2003 title have been begging for widescreen support ever since these devices come to a staple to what it means to have a gaming rig, so the developer delivered accordingly.To prevent stretching there have been changes to the interfaces, such as the addition of bookends to the in-game interface, or black pillars in menus.Not only did the UI get an expansive update, but so did the game lobbies themselves.They were expanded to support 24 players, and 12 new team colors were added, namely maroon, navy, turquoise, violet, wheat, peach, mint, lavender, coal, snow, emerald, and peanut.

Stepping forth into the competitive league

Ladder standings have been reset, meaning that anyone who is excited to start playing this new version will have the change for a new fresh start.Unfortunately for those that love to review old matches, they won't be able to view their replays anymore, since replays are incompatible between major game versions.One thing that Windows XP users should know is that this is the last patch to support their OS. This makes it look like they are preparing for even greater changes to the game that would otherwise be impossible to support on such an old system.

Balance changes to your favorite heroes

One major change that Warcraft III bought to the table as opposed to its 2D predecessors is the concept of 'Hero units', which are units that are more powerful than the average cannon fodder that your base produces.This patch retakes a look at these units, attempting to bring new balance changes, to further solidify their viability in competitive matches. This includes anything from mana cost changes to damage, attack speed, and movement speed tweaks.

Plenty of the previously famous maps have also received a revamp in the form of minor object placement or geography tweaks.Additionally, if you love creating your custom content, you'll be glad to know that all the maps you create via the Editor can now support up to 30,000 objects, 2048 neutral units, 384 neutral buildings, 4320 units per player, 2400 player buildings and 1024 items. Such large-scale maps would be impossible to maintain without some tweaks to the resource system, so the maximum resources have been raised from 999.999 to 9.999.999, and the maximum food limit has been raised from to 999.All these changes allow for massive player-created campaigns and maps to be truly viable now.

A breath of fresh air for all Warcraft III fans

Patch 1.29 for Warcraft III: The Frozen Throne brings just about anything a current competitive game needs, such as Widescreen support, hero balance tweaks, map updates and 24 player support. Now all that's left is to bring another patch to do a revamp of the graphics and fans won't need to ask about Warcraft IV anymore.

If you're a fan of Blizzard Entertainment’s classic creations such as StarCraft, World of Warcraft, and Warcraft III then you’ll surely don’t wanna miss the release of all-new, built-from-scratch remastered Warcraft III: Reforged this 2019.

Get ready to unbottle all your excitement while reliving your ultimate childhood dream. Gather up all your courage as you’re about to recruit and lead the strongest and most powerful heroes in Azeroth to claim your victory against your foes. But while you’re waiting for the game’s release, here’s everything you need to know about the greatest reforged of the decade. 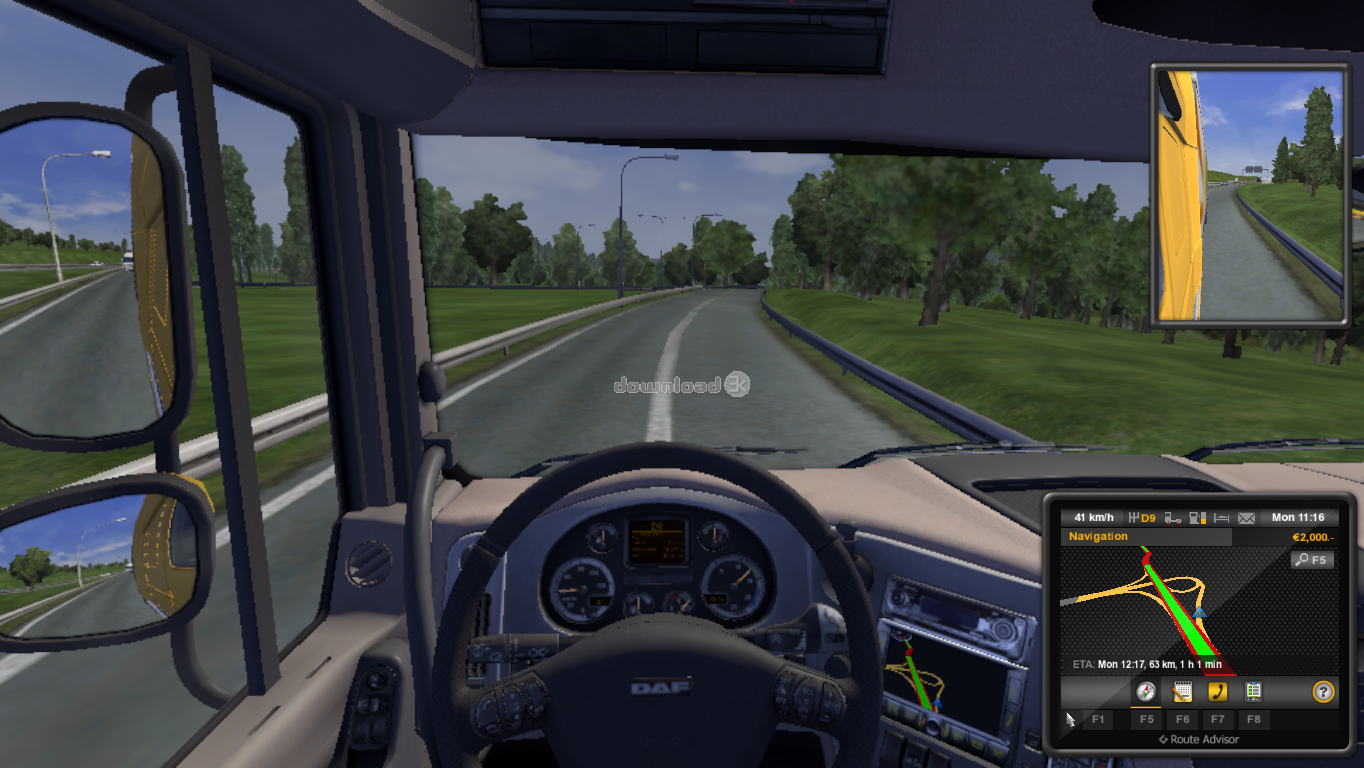 This 2019 version is not merely the perfect recreation of the classic game but it is actually better.

Maybe you’re having doubts with Blizzard’s decision to release Reforged instead of a brand new Warcraft IV. Well, obviously the game was made to look and feel like the original 2002 version but just to clear your expectations.This revamped version is an overall graphical update of the classic game which made the series propelled into the mainstream and laid the foundation of today’s latest versions of MOBA video games. It will include modified maps for you to explore, as well as beautifully redone VO and cutscenes

Reforged into a legend

The game will definitely give you a nostalgic feeling if you’ve already played it before. On the other hand, if you’re going to try it for the first time (which is very uncommon), you’ll feel its authenticity and originality among the other famous MOBA video games. The game’s objective is simple: you’ll just have to conquer and destroy your enemies’ base. In order to do that smoothly, you must lead your gathered army with the most powerful heroes you can choose from the four factions: the noble humans, the savage orcs, the mysterious night elves, and the insidious undead. The biggest change this version has to offer will be the all-new graphics and animation with 4K support. The game is compatible with the modern devices and totally supports hotkeys which let you jump effortlessly between groups and buildings.

The UI will also get a complete remodeling. The mini-map, unit info, and item pane will no longer take up a large segment of your bottom screen. Also, you will have a nice model of the units and structures on the left-hand side. Character models are also updated with their new voiced dialogues, which are perfectly synced with their mouth movements. The characters’ faces also deliver strong and powerful emotions which are beautifully shown by the perfectly captured facial expressions. This leads to better cutscenes played out in between missions. In addition to these, you will never get bored of this game as you can try different map and mod editors so you can create a custom game modes. You can access maps created by the other online players and release your own tweaked version/s others can try out too.

Where can you run this program?

The game will be released on or before December 31, 2019, for Windows and Mac. You may choose to pre-purchase the game on Blizzard’s official website. You can get its Standard Edition but it is recommended to avail Spoilers of War Edition.

Is there a better alternative?

If you’re already hooked with the Warcraft universe, you may try playing World of Warcraft. It is one of the biggest and most popular MMORPGs which has over 10 million registered players. The game takes place in the world of Azeroth which is similar to the other franchise of the game series. Your character in the game needs to gain various talents and skills, requiring you to choose two primary professions defining the abilities you have chosen for your character. Guilds are also important for your character since it allows access to other game features such as guild tabard, guild bank, guild repairs, and dues. Your character’s progression in the game is defined by the quests you’ve completed since it allows you to gain new skills and abilities. Quests commonly involve killing a certain number of creatures, gather resources, finding a hidden object, visiting special locations, and delivery of items. You may also check out Blizzard’s other popular games such as StarCraft series, Hearthstone, and Heroes of the Storm.

The remastering of the classic Warcraft game is simply brilliant. It is the ultimate update of the decade you never knew you needed. The game is the best realization of every player’s childhood dream. It seems impossible 17 years ago, but here it is, the beautiful combination of the current knowledge and love for the Warcraft universe. Some classic games are best when left untouched, but Blizzard just proved the whole gaming community that sometimes classics are worth all the effort for restoration too.

Without a doubt. Reforged is the best way to play Warcraft III, which is one of the best MOBA video games out there. Download it if you’re a fan or even a first-time player. Even if purchasing the game may cost you a lot, you’ll feel like you’ve lost nothing since the nostalgic feeling the game has to offer and the modernize experience that comes with it are priceless.